Battery aging is the gradual deterioration of battery performance due to unwanted chemical reactions and changes to active chemicals. Battery aging is an irreversible process and eventually results to battery failure.

As the battery ages, there is a build-up of a resistive layer which covers the electrodes and impedes chemical action of the cell. This process, known as passivation, gradually blocks the surfaces of the electrodes leading to cell failure.

A car battery needs to be charged every now and then. However, a car battery recharges itself automatically when the engine runs. If a car remains inactive for a long period, the battery tends to discharge itself leading to battery failure. Starting your car regularly can help keep the battery in a good condition.

This cause of failure has increased tremendously in the recent past. Due to increased diplomacy in the marketplace, defective and poor quality batteries find their way to the customer. Cheap quality battery might run well in the first few weeks, but will fail within a short period of time.

To avoid becoming a victim of poor quality and defective batteries, always ensure that you purchase batteries from reputable companies and ensure that they are genuine. 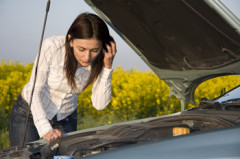 Car batteries tend to be affected by weather, their performance may vary from one weather condition to the other. Car batteries are prone to fail in extremely cold weather; this is why it is crucial to maintain your battery regularly during winter and cold weather.

Battery mishandling or abuse is the physical abuse of the battery since manufacture to the time of usage by the end customer. Battery abuse may include crushing, dropping, intense vibration, contact with fire, immersion in fluids among others. The abuse causes damage to cells reducing the life of the battery and failure.

The cell is the basic functional unit of a battery, if the cells fail, battery failure is imminent. Car battery sells may fail due to several causes. The most common cause is the exhaustion of active chemicals. When active chemicals in secondary cells get exhausted, the battery can no longer generate energy leading to failure.

Change in the physical structure of the electrodes may also damage the cells. In lithium cells, low temperatures cause deposition of lithium metal on the anode. This phenomenon known as electrode plating causes irreversible capacity loss and short circuiting of cells.

This problem can lead to battery failure if water is not added to the battery. Early stages of water loss are hard to detect, and eventually the battery capacity drops.

The car battery is the heart of the electrical system of your vehicle. Without it, the car won’t start. The condition of the battery also determines the performance of the car. It is therefore important to maintain the battery accordingly. Poor maintenance of the battery shortens battery life and causes it to fail early. However, with proper maintenance, the battery can serve you for a long period of time.

For a new car battery replacement and installation, simply call Sydney Batteries. We’ll provide you with a quality car battery that is completely maintenance-free and even backed by a 3-year warranty. You simply can’t lose! Call us on 1300 931 283 today or contact us through our sidebar contact form and we’ll be in touch with you in no time.

View all posts by Web Admin → 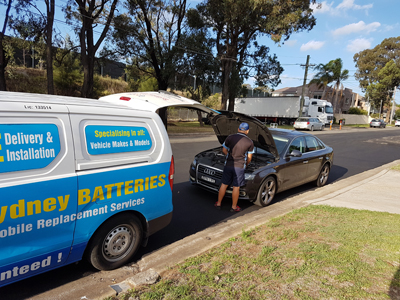 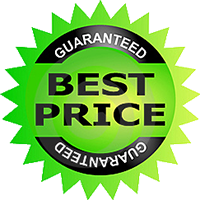 I called around and got the best price from Sydney Batteries. They came out, delivered the battery on time and were very helpful, recommend you call these guys for any car battery. They have the best price and excellent service!